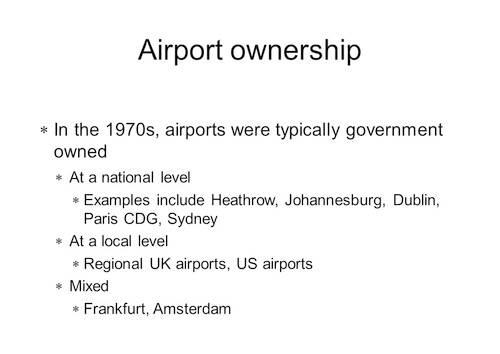 finland, and some airports in the us.
mixed private-government ownership, with the private sector owning a majority share

hamburg, france, china, and kansaijapan.
government ownership but contracted out to an airport authority under a long term lease   (이하 생략)